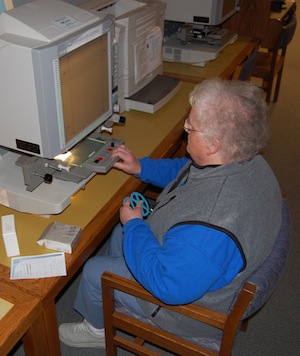 Genealogical information including a census search (complete set of Federal census images from 1790-1930, include name indexes for many years), books (20,000 family and local histories), the PERSI index (over 1.6 million genealogy and local history articles), and much more. Provided by BadgerLink.

Historical newspapers archive from the 1700s - 2000s containing thousands of well-known regional, state, and small local newspapers in the United States and other countries. Provided by BadgerLink.

Covers 239 Wisconsin newspapers from 2005 to 90 days ago. Provided by BadgerLink.

The library has a large collection of books and microfilm that may help those doing genealogy research. Check the Monarch Catalog for more information.