Book club copies of the books are available at the library's first floor help desk.  Digital book copies may be available through Overdrive/Libby or Hoopla.

Note: Space is limited, registration is required, and masks are required.

Mead discussion groups are free, funded by the Friends of Mead Public Library.  The Book to Art Club was created by the Library as Incubator Project.

Kilroy Dondi Vance is an eighteen-year-old mixed-race Brooklynite who deals pot and goes to prep school on scholarship, all while growing up in the shadow of his absentee father, Billy Rage, a legendary graffiti writer who disappeared from New York City in 1989 following a public feud with MTA police chief Anastacio Bracken.

Now it’s 2005. Bracken is running for mayor of New York City. And who should Dondi discover on a rooftop in Brooklyn but his father, newly returned to the city and ready to settle the score. The return of Rage and the mayoral race of Bracken prompt a reunion of every graffiti writer who mattered in the 1980s—in order to thwart Bracken with the greatest graffiti stunt New York City has ever seen.

Rage Is Back delivers a mind-bending journey through a subterranean world of epic heroes and villains. Moving through the city’s unseen communities, from the tunnel camps of the Mole People to the drug dens of Crown Heights, Rage Is Back is many things: a dramatic, hilarious thrill ride; a love letter to NYC that introduces the most powerful urban underdog narrator this side of The Brief Wondrous Life of Oscar Wao, and a literary tour de force from a writer on the brink of real stardom. 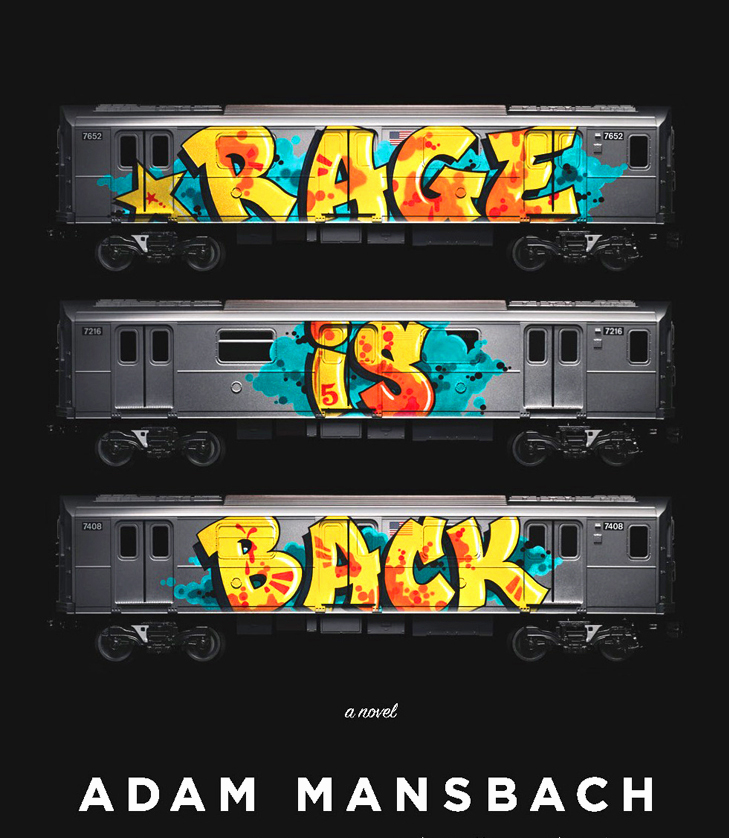